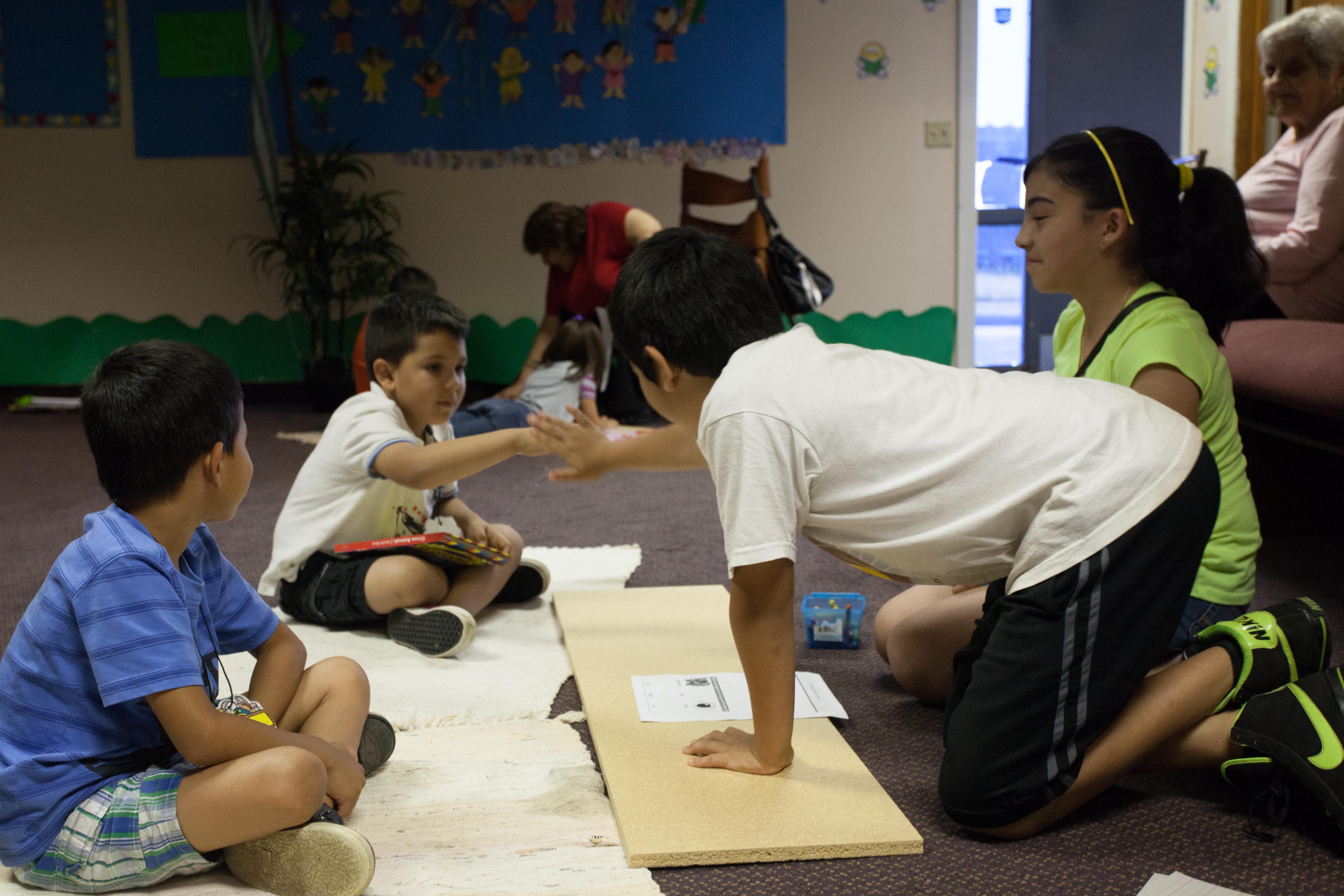 Power of Collaboration Brings Hope in an Urban Community

It is estimated that between 25 and 33% of what students learn during the school year is lost during the summer, also known as “summer slump” (Sarah Pike, principal at Frances Willard Elementary). In an effort to provide resources and alternatives to elementary school students during the 2013-2014 school summer break, The Oasis KC and Vida Abundante Churches joined forces and put feet to their hearts. They began their planning around the need expressed by Principal Sarah Pike regarding “summer slump” during the month of April, only two months before summer break. Both churches are very limited financially and on volunteer resources, yet they were determined to do “something” about the need.

The summer reading program took place in the month of June and without even realizing, their hard efforts paid off when 80 students and parents were served with literally zero dollars on their budget. This was when the churches knew that it was only a matter of faith when they reviewed outcomes and saw that a total of $8,088 was contributed through books, supplies, snacks, the creating of a church library and a celebration ceremony for students and parents who completed the program. As the countdown began to kick-off day, resources began to pour in left to right and many smiles and hearts were inspired in the process. Both churches were able to experience the power of working together for the same cause. It’s never too late to serve and never too small to give, it’s a matter of heart and action combined.