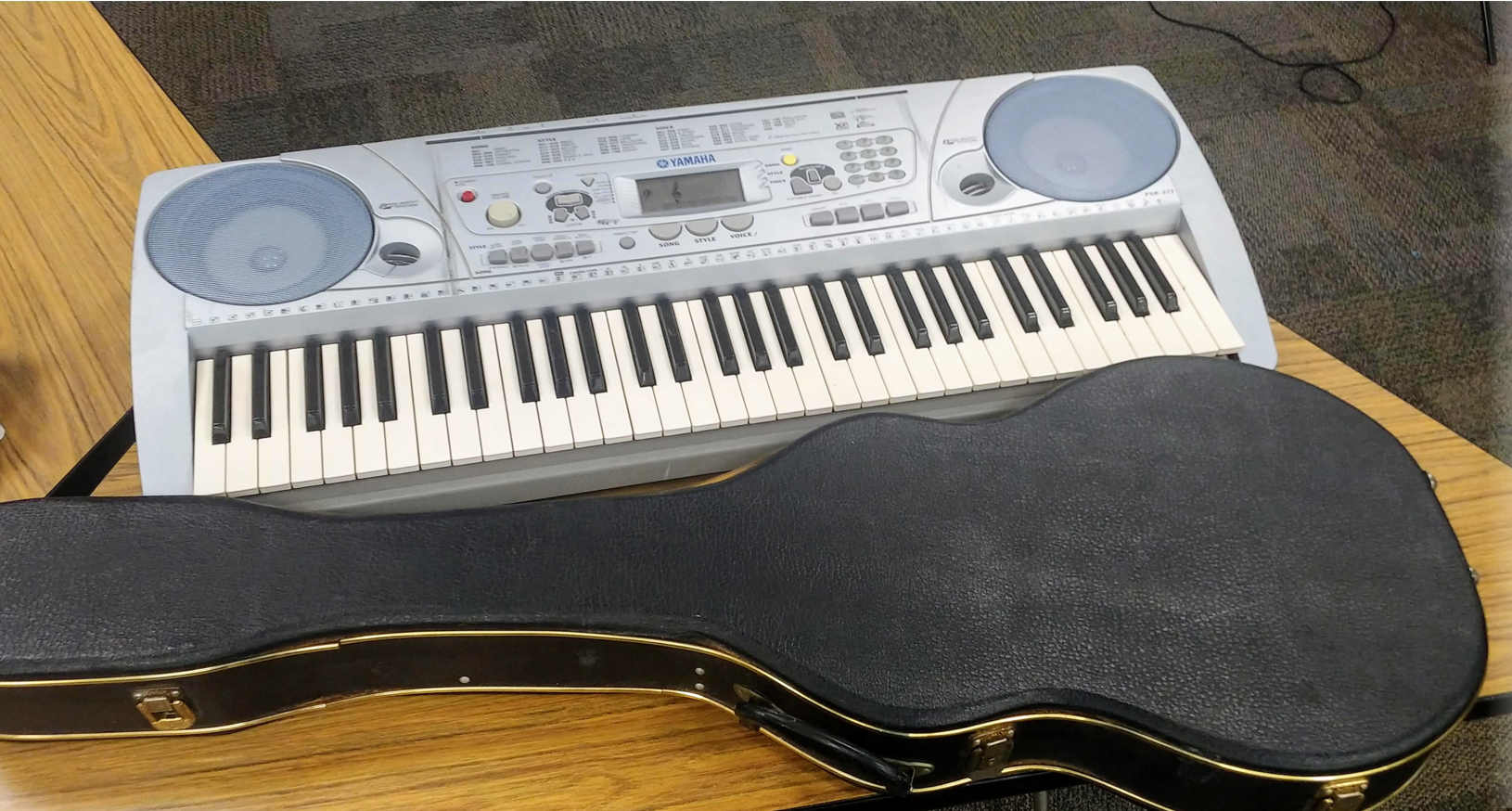 When Principal Matt Woolf at Center Academy for Success (CAS) began to seek music instruments for the school’s recording studio to be built this year, a Shawnee Mission partner at Rosehill Elementary – Dr. Harold Frye, founder of Music 4 Jeremy’s Cherubs Foundation – immediately offered his assistance. He furnished the school with 8 electric guitars, 4 amps, a banjo, 2 keyboards, and a soundboard plus some cords. Delighted to also join the CAS partnership, Dr. Frye plans to deliver four acoustic guitars after the holidays.

For Dr. Frye, an Associate Professor and Doctoral Internship Coordinator at Baker University, this was a bit of a full-circle moment in serving Center School District. He was Assistant Superintendent of Center School District from 1985-1996. He has served in several positions, including director of elementary education, special education director, director of public relations, and K-12 curriculum/instruction.  During his tenure as Assistant Superintendent, he worked closely, along with others, on the construction of the curriculum, special education issues, and leadership at CAS.

He joined Rosehill’s partnership in Shawnee Mission School District several years ago as part of Grace Covenant Presbyterian Church’s Mission Team. Rosehill has received a few starter instruments including a trombone, trumpet, violin shoulder rests, and a classroom set of ukuleles. He added, “I also organized donation for their staff “stress relief” room when the former principal was there, including a couple of recliners and a stationary bike.”

Dr. Frye explained that Music 4 Jeremy’s Cherubs Foundation was started 12 years ago following the death of their youngest son who succumbed to a brain tumor soon after graduating from Baker University. He was prepared to assume a band director’s position in KCK. “His major instrument was saxophone, but he was also an accomplished pianist and vocalist. We have awarded a scholarship to the Shawnee Mission South HS band’s “Jazz Musician of the Year” each year for twelve years. We also have awarded scholarships to future music teachers at Baker University and, after a total of $25K, have now endowed a scholarship fund for this purpose.”

M4JC has donated more than 3,000 instruments, mostly in this region, but also to Guatemala, South Africa, Haiti, Dominican Republic, New Orleans, Joplin, and other places where disasters have struck. “In addition to instruments for children and youth,” said Dr. Frye, “we have donated guitars, first to deployed soldiers in Iraq and Afghanistan, then to traumatically injured soldiers in music therapy alongside their physical therapy.  That initiative has taken more than 500 guitars, banjos, ukuleles and keyboards.  We are totally volunteer and spend all funds on our work.  We depend on word-of-mouth.”

Individuals donate instruments, and most guitars come from Band of Angels with whom M4JC initially partnered by carrying their 501c3 for almost 2 years.  They are sponsored by Meyer Music Co., and because they don’t sell guitars, they now donate all they receive to M4JC.